The northernmost part of the Dhading district of Central Nepal, is home to a Tamang community; an ethnic group that has been depending on cattle rearing for the last three centuries. Cattle rearing has been the community’s major profession and therefore, products from cattle such as sheep and yak has been their major source of income.
However, for the last few decades their profession has seen a major shift, especially amongst the new generation due to various reasons, including harshness of the job, rise in education which has led to job opportunities abroad, cheaper products being floated from other parts of the country and other countries.
Now this profession, amongst this simple-minded community is in the verge of extinction and the older generations are forced to think whether this will be the last generation involved in this job sector.
This documentary is based on the day of a shepherd from this culturally rich community; who is in dilemma whether to ask his children to continue his profession or to let them join other job sectors. We have tried to capture some of his thoughts, the community, the astonishing yet harsh landscape and pasture; with hopes to preserve their tradition which is unique in itself. 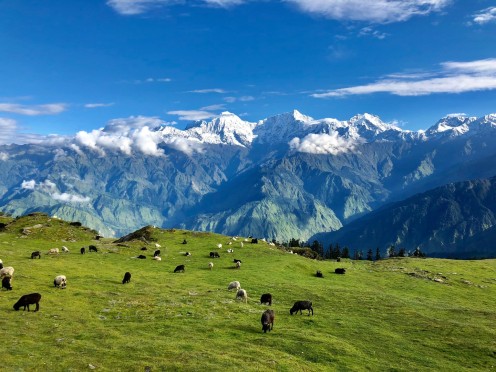